SwRI is involved in a number of NASA CubeSats with the goal of providing low-cost platforms for space-based experiments. CubeSats are small, modular satellites, typically with only one or two scientific instruments, that piggy-back on larger satellite launches. 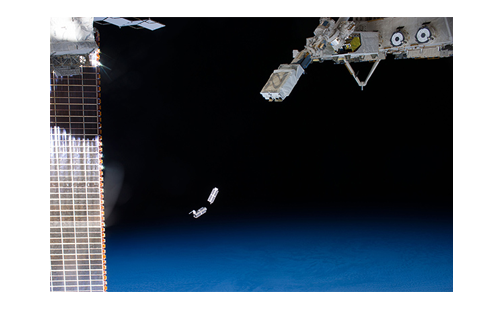 The Compact Radiation BElt Explorer (CeREs) is a 3U CubeSat that is part of NASA’s Low-Cost Access to Space program. CeREs will primarily be focusing on radiation belt electrons, studying the energization and loss processes of these electrons, low-energy seed populations for the radiation belts, and microbursts. A secondary science goal for CeREs is the characterization of solar wind electrons and solar energetic protons (SEPs) that reach the near-Earth environment. CeREs will fly the Miniaturized Electron and PRoton Telescope (MERiT), that consists of a low energy-range silicon avalanche photodiode (APD) sitting on top of a stack of silicon solid state detectors (SSDs). The CeREs CubeSat is a collaboration between SwRI, NASA, and University of Maryland, where SwRI has contributed the APD detector and serves as the mission science operations center. 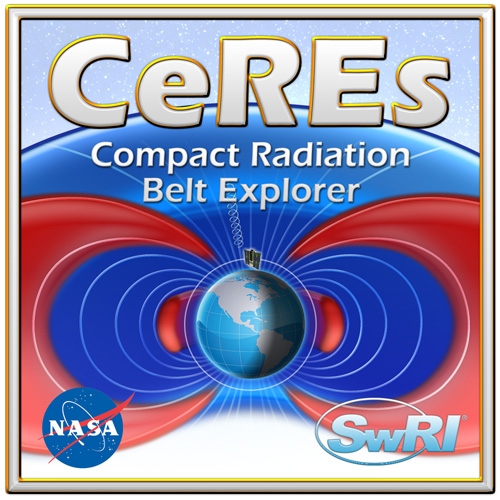 CuSPP+ is a 6U interplanetary CubeSat selected for one of the EM-1 launch slots in 2018. CuSPP+ will carry with it a miniaturized Suprathermal Ion Sensor (SIS), developed by SwRI, which will study the sources and acceleration mechanisms of solar energetic particles that are harmful to astronauts as well as Earth-based technologies. With its polar orbit, CuSPP+ will be able to sample energetic particles arriving prior to interplanetary shocks, like shocks from CMEs. CusPP+ can then serve as an early warning system for shocks striking the Earth. In addition, CuSPP+ will serve as a proof of concept to become the precursor to a fleet of interplanetary CubeSats to further study the inter-connection between the Sun and Earth. 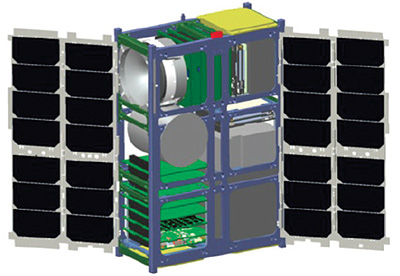